Our plan was to do a short drive today and stay in Florence, Oregon at the Port of Siuslaw RV Park. When we planned our trip south hubby found this RV Park and thought it would be nice to camp right on the ocean and as an added bonus we could walk to Old Town, which sounded like a nice way to spend an evening. When we arrived in Florence we realized the port was up the river, not on the ocean, and old town was nothing special, so we decided to carry on to our next stop. 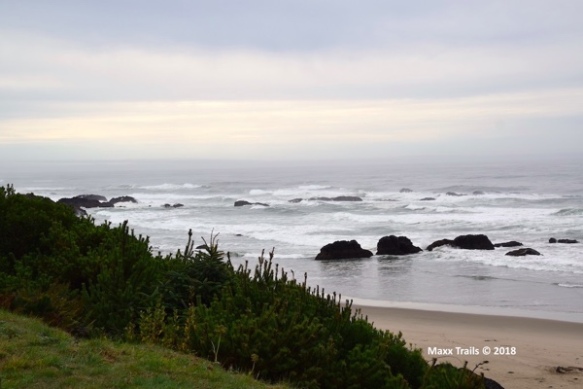 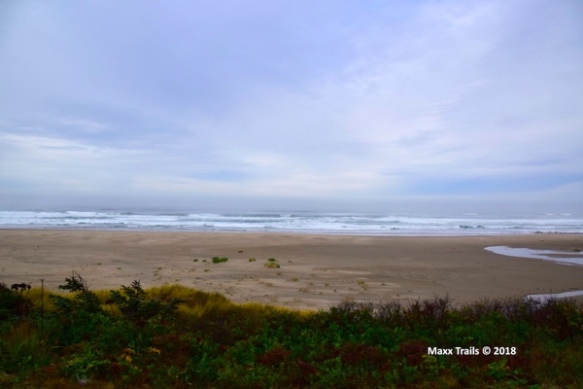 We had fog once again this morning but it wasn’t that bad.

Humbug Mountain State Park was only a few more hours down the coast just south of Port Orford, Oregon. Once again we were disappointed, the park was on the other side of the highway from the ocean and didn’t look all that appealing, so we carried on. At that point we decided to carry on to Crescent City, California, which would give us an easy drive to today’s destination and we wanted to be there early anyways. 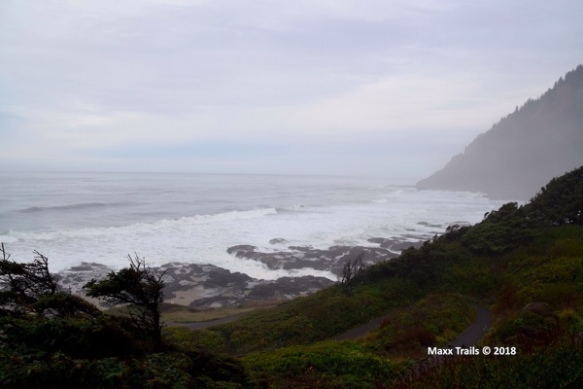 These pictures were taken at the Cooks Chasm Bridge Viewpoint which is home to the Spouting Horn. 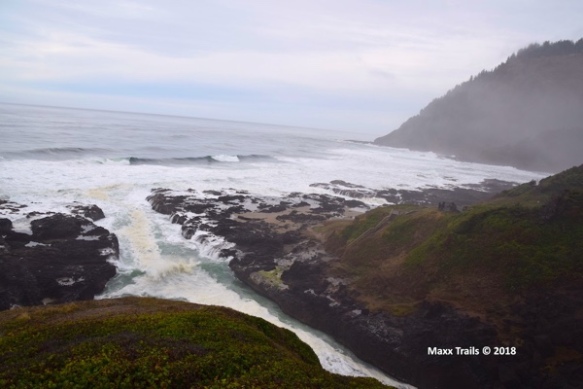 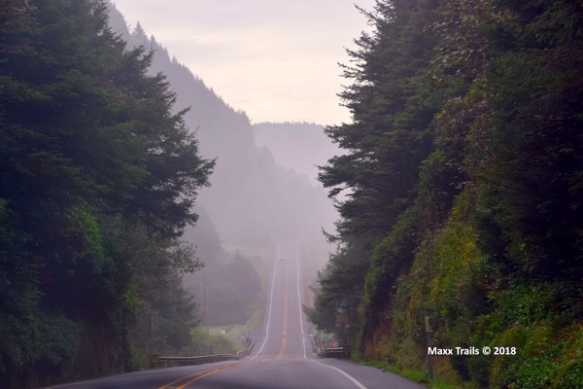 And the fog continues

But it did make for some interesting views. 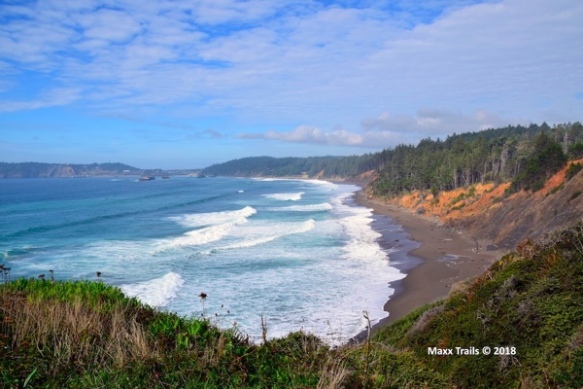 This is what I was hoping for, ocean pictures and sunny blue skies … I can live with the clouds as well ☺ 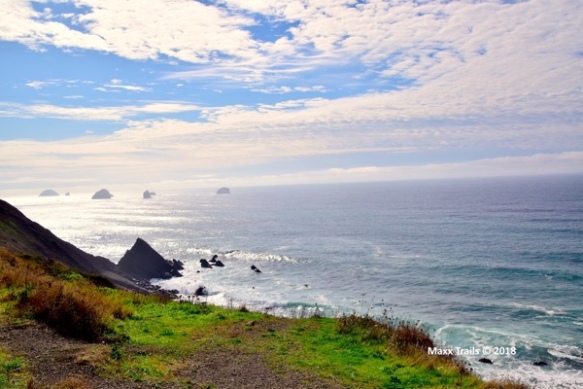 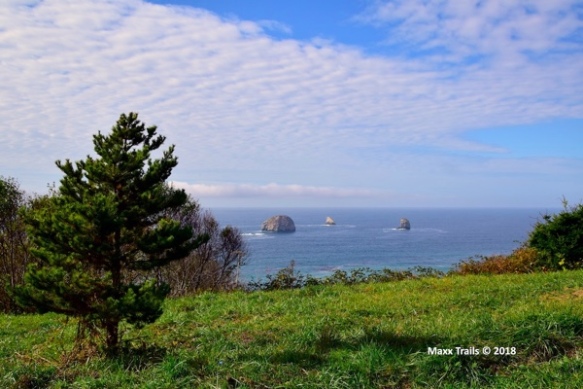 With one last fill-up with cheaper diesel in Oregon we headed into expensive, but hopefully sunny and warm, California.

Not a great picture of these elk but what can you do when you suddenly spot them and you are going 55 mph!

9 thoughts on “The Jello Really Wiggled!”