We left Cabelas yesterday morning in a sea of fog, so dense that I wasn’t able to take a picture as the camera had nothing to focus on. Fortunately it did ease up a bit but it was still pretty yucky.

It would lift for awhile ….

But then it would come right back in 😦 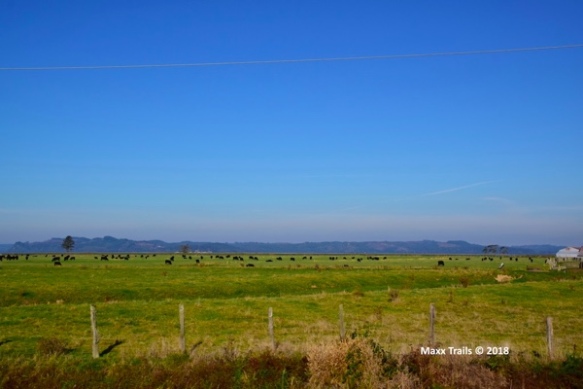 Shortly before noon we crossed over the Astoria/Megler bridge … Unfortunately the fog rolled back in but it is still an impressive bridge! I wrote about it when we crossed last year so check out this blog if you want more information and pictures.

And not long after that we arrived at Fort Stevens State Park where we are settled for the next two nights. We need to do a Costco trip and some other grocery shopping to fill the fridge, and we have a few sites we want to see around this area.